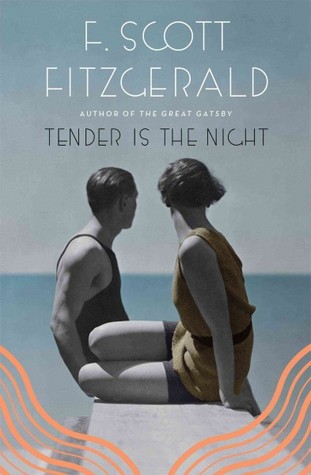 I became aware of the website called Goodreads.com and have enjoyed checking out the reviews, comments, and recommendations from other folks who enjoy literary items.

Here is my review from 07-09-2016 for a book that I read which was called TENDER IS THE NIGHT by F. Scott Fitzgerald.  I liked it but reactions are mixed.

Tender Is the Night
by F. Scott Fitzgerald

My reactions to TENDER IS THE NIGHT are mixed. It took me a very long time to feel involved in the story. I was reading it as a selection from a book club so I persevered. Truthfully, I might not have otherwise even though I knew the author F. Scott Fitzgerald to be a highly thought of the author. Though I never truly liked any of the characters, I finally became involved enough to want to keep reading.

Dick Divers and his wife, Nicole, were the central characters. The version I read began with the viewpoint young movie star, Rosemary Hoyt who seemed to me to be quite foolish in her infatuation with Richard Diver. She seemed a vapid, young woman of eighteen, who was overly attached to her mother and who actively pursued him until he finally succumbed to her beauty. Later his relationship with his wife was explained. His wife was diagnosed with schizophrenia and she had been hospitalized. She came under Dick Diver’s care and his interest in her quickly became other than professional. She is very rich, but it seemed that it was her great beauty that attracted him most. His entire life was subsumed by his need to take care of her. Eventually, his promising career goes by the wayside and he becomes more and more alcohol dependent as his attachment to Rosemary became more important to him. What seemed most dominant in the story was Fitzgerald’s knowledge of the lifestyle of the very wealthy in Europe at the time, and the lack of substance in his character’s lives. I read afterward that much in this story was autobiographical including the insane wife–his own wife died in a mental institution and was a diagnosed schizophrenic. His character in the book fares better than his own wife did and one has to wonder in the light of the more recent knowledge of the disease if his character could really have been schizophrenic. But once I suspended my doubts about the diagnosis, I found her to be the most interesting character in the novel.