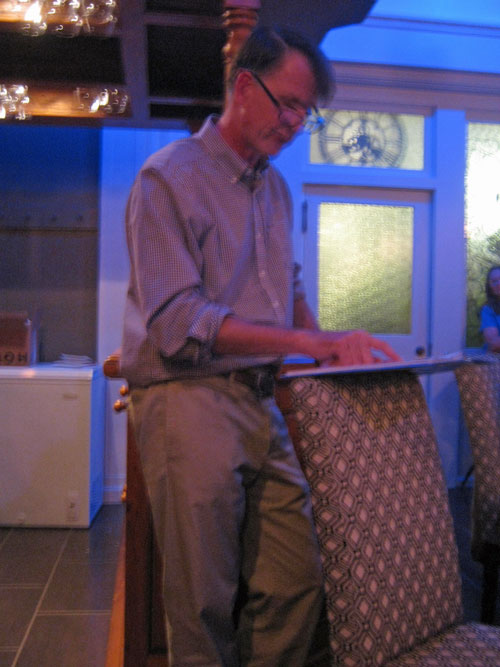 Bart White gave his first public reading in 2012 after writing poems for nearly a decade. He joined Just Poets of Greater Rochester, New York, helping to edit its annual anthology, Le Mot Juste, in his freshman year. Fellow poets elected him president of the group in 2013. He co-edited Vigil for the Marcellus Shale, 12 Poets Opposing Hydraulic Fracturing (FootHills, 2013). He teaches French and Spanish at The Harley School and champions poetry there. A native of North Carolina, he grew up in a family full of storytellers. His book of poetry, THE FACES WE HAD AS CHILDREN, has been published by FootHills Publishing in 2014.